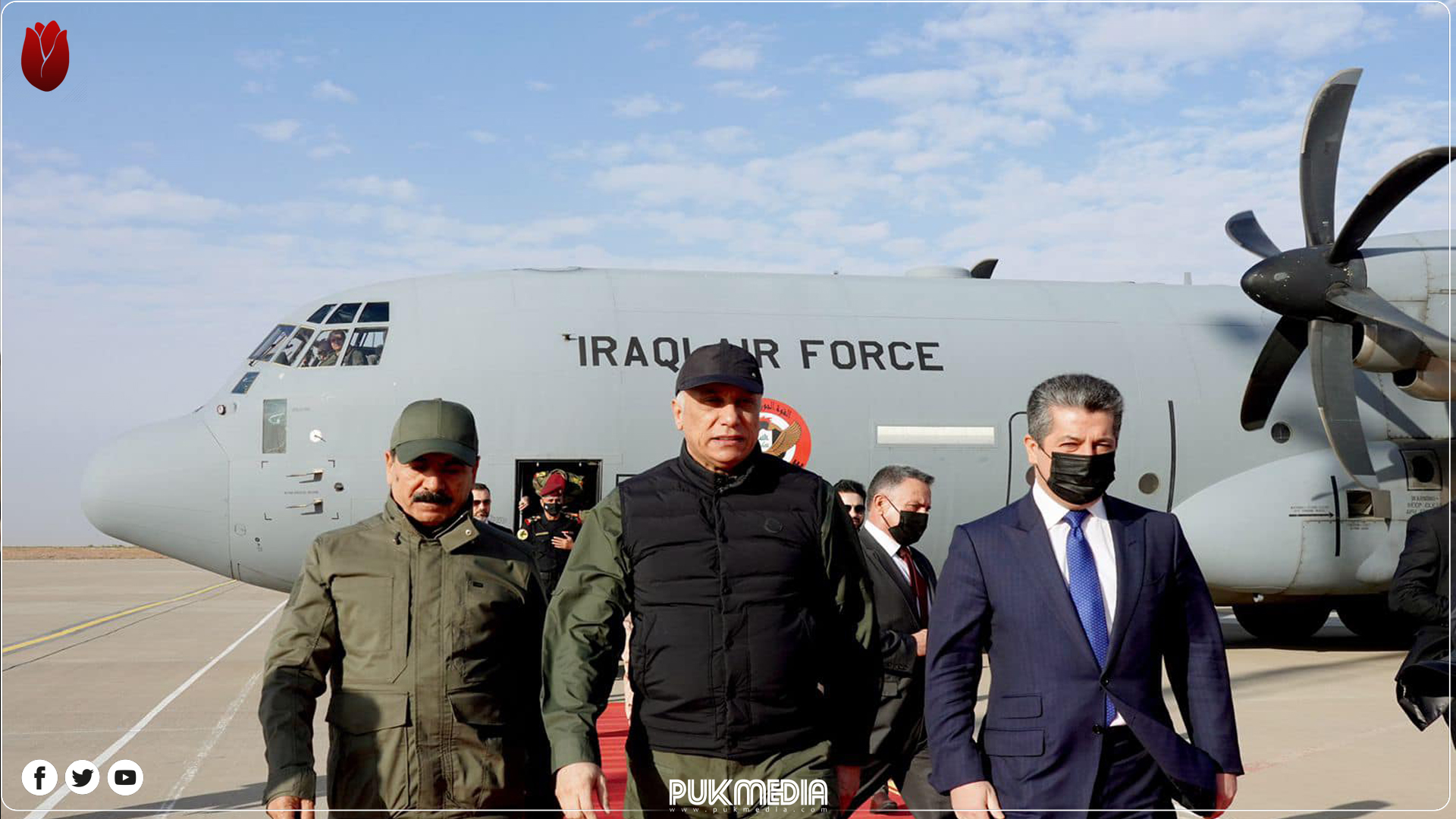 On Wednesday, the Prime Minister and Commander in Chief of the Armed Forces, Mustafa Al-Kadhimi, arrived in the Makhmur district to review the security situation.

The delegation accompanying Al-Kadhimi consists of the Minister of Defense, the Chief of Staff of the Army, the Deputy Commander of Joint Operations, the Head of the Counter-Terrorism Service, the Undersecretary of the Ministry of Interior for Intelligence Affairs, and several security leaders.