'Simple' life in Iraqi desert village cut off from the grid 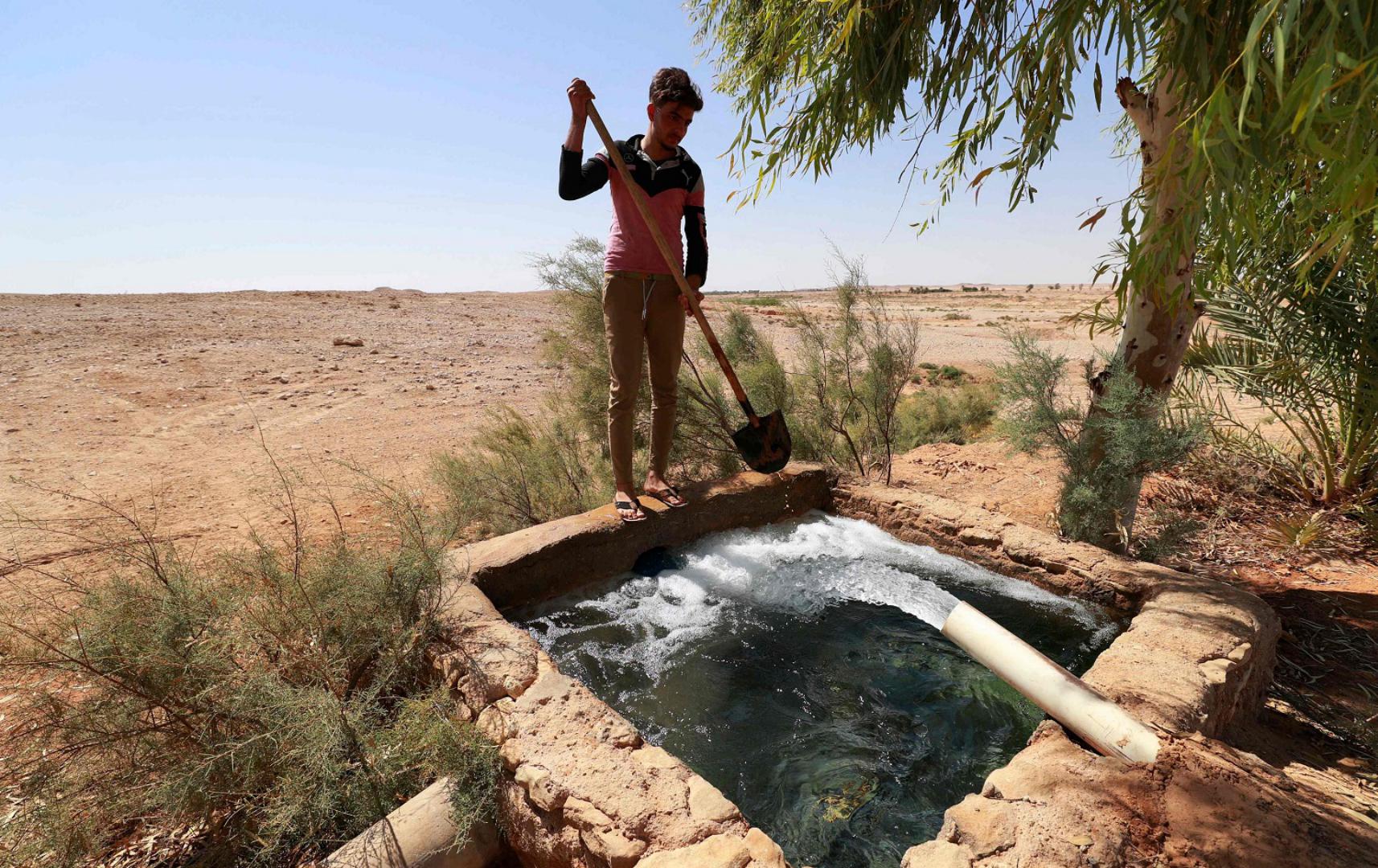 Pumps draw salty water from wells in Al-Sahl. Residents say they use the water unfiltered for drinking and washing, and for their animals, while rainwater is used for farming Ahmad AL-RUBAYE AFP

"We live a simple, primitive life," said Abu Majid, one of the elders from Al-Sahl.

"Our village is over one hundred years old and it still has no electricity, no medical center," said the man in his 70s, wearing a traditional robe and a red-and-white keffiyeh scarf.

Lost in rocky hills and surrounded by humble palm groves, Al-Sahl is around 250 kilometers (155 miles) northwest of the capital Baghdad.

Yet the closest hospital is more than half an hour's drive away along a bumpy road, the only education facility is a primary school, and residents rely on livestock and farming to survive. 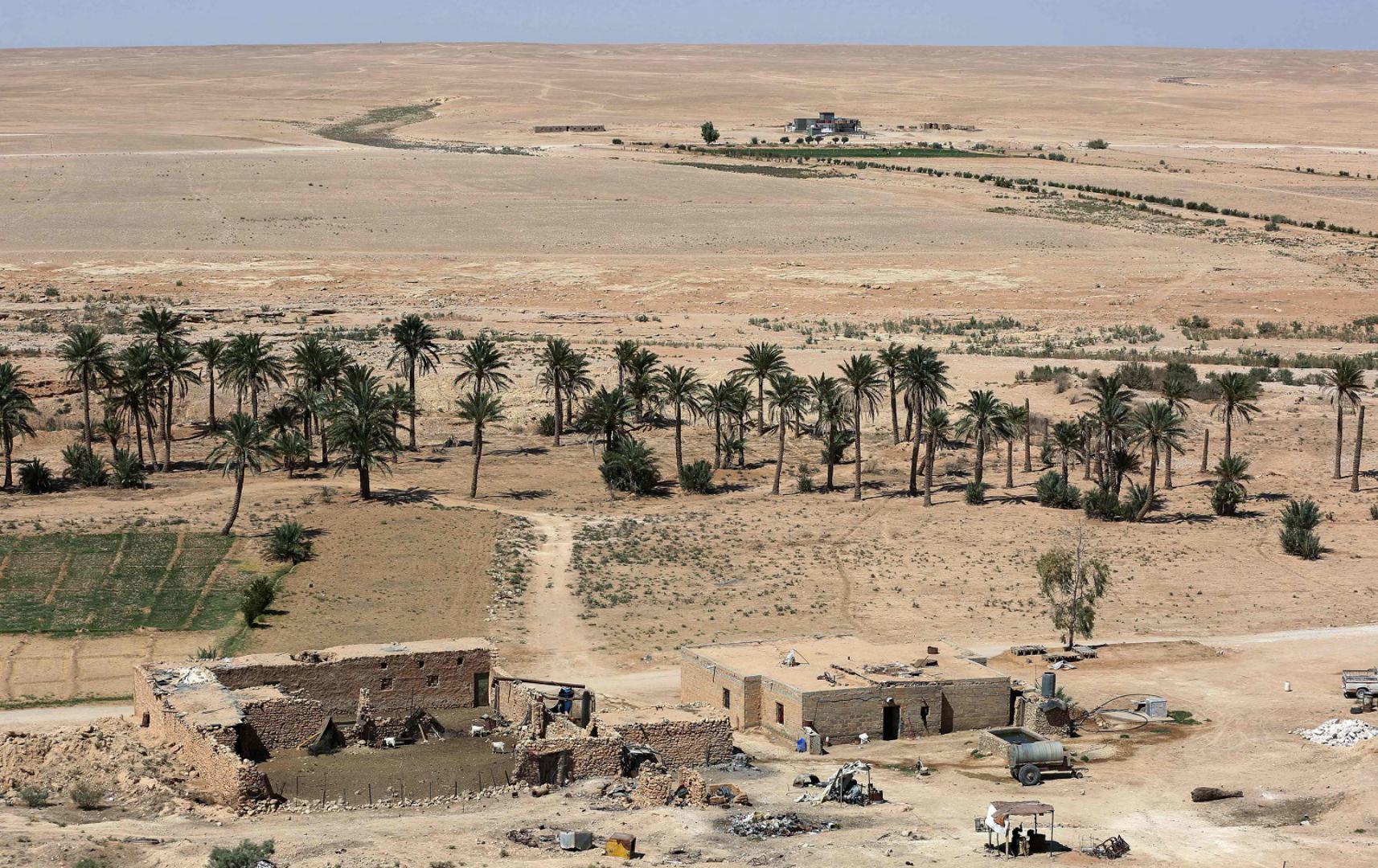 To communicate with the outside world, people use old mobile phones instead of smartphones -- the 3G network doesn't reach here.

Iraq is the second-biggest producer in the OPEC oil cartel, yet the country has been ravaged by decades of war and endemic corruption, and blighted by ailing infrastructure and crumbling public services.

Around a third of Iraq's 40-million population lives in poverty, according to the United Nations, with the coronavirus pandemic and the fall in crude prices last year aggravating the situation.

'It's livestock or farming'

Pumps draw salty water from wells. Residents said they used the water unfiltered for drinking and washing, and for their animals, while Abu Majid said rainwater was used for farming.

The village has preserved an insular culture and conservative traditions.

Abu Majid said he'd visited Baghdad just once, 20 years ago. His wife, Umm Majid, speaks to male visitors from behind a door, complaining of the lack of medical services and electricity.

Even with the frequent blackouts that vex Iraqis in other parts of the country, the dilapidated national power grid is seen as out-of-reach luxury in Al-Sahl.

Residents instead rely on run-down generators for a few hours of power a day.

"Our children have the right to an hour or two of television from time to time," Umm Majid said.

The village is just around 10 kilometers from the Ain al-Asad airbase, one of the country's largest. The base hosts US troops and is regularly the target of rocket fire.

The village has no connections to the base, though its proximity can present challenges. 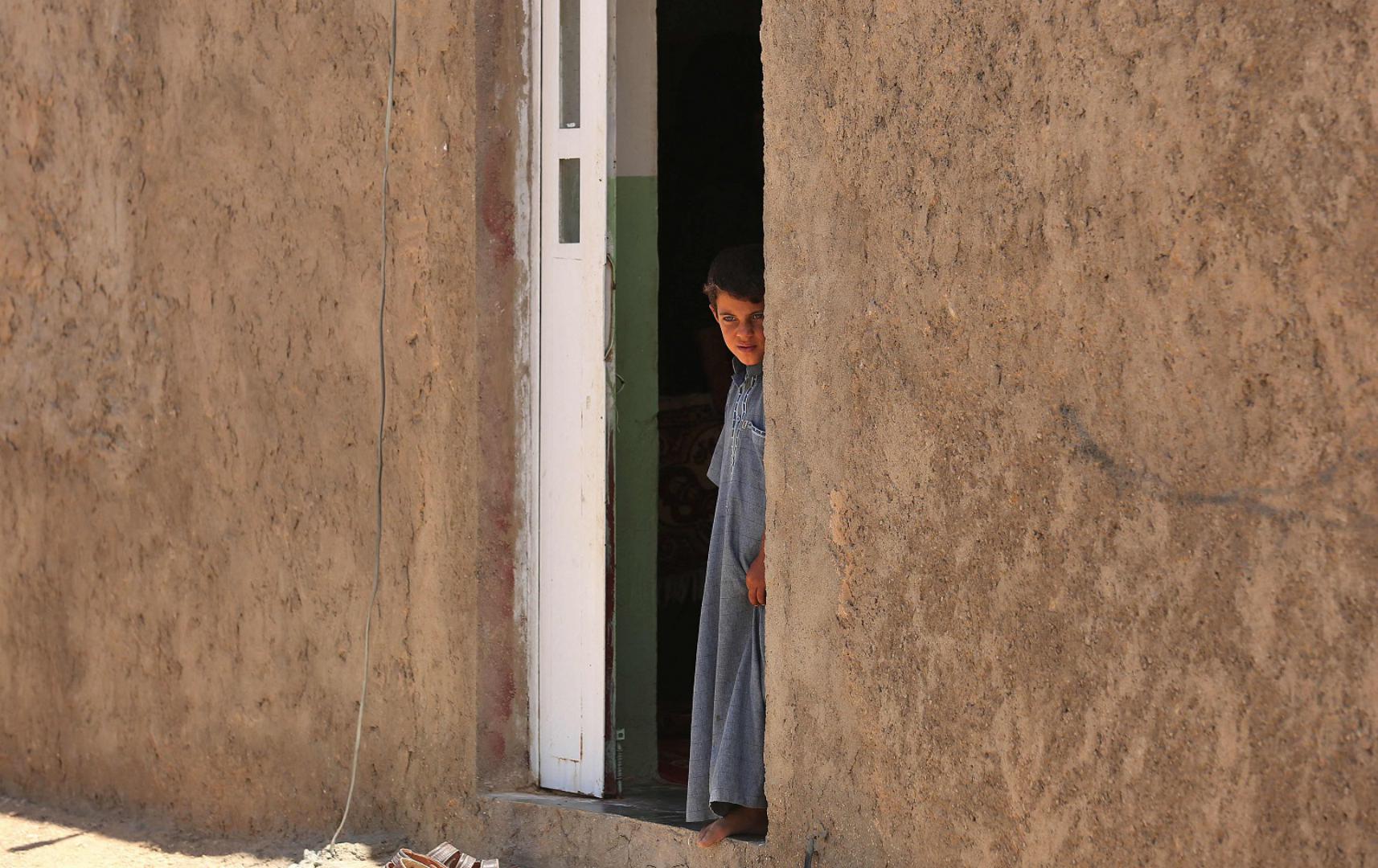 "Once, gunfire killed two of my sheep. They were grazing close to live-fire exercises at the base," said Mehdi, a shepherd.

"But it's either livestock or farming, there's nothing else to do to earn a living," said the man, aged around 20.

"We just have a primary school," complained Mohammed Mehdi, 17, heavily dressed despite the temperature hovering around 40 degrees Celsius (104 degrees Fahrenheit).

To help his parents at their farm, he stopped his education after attending the school, where six tumbledown classrooms are barely enough for the village's children. 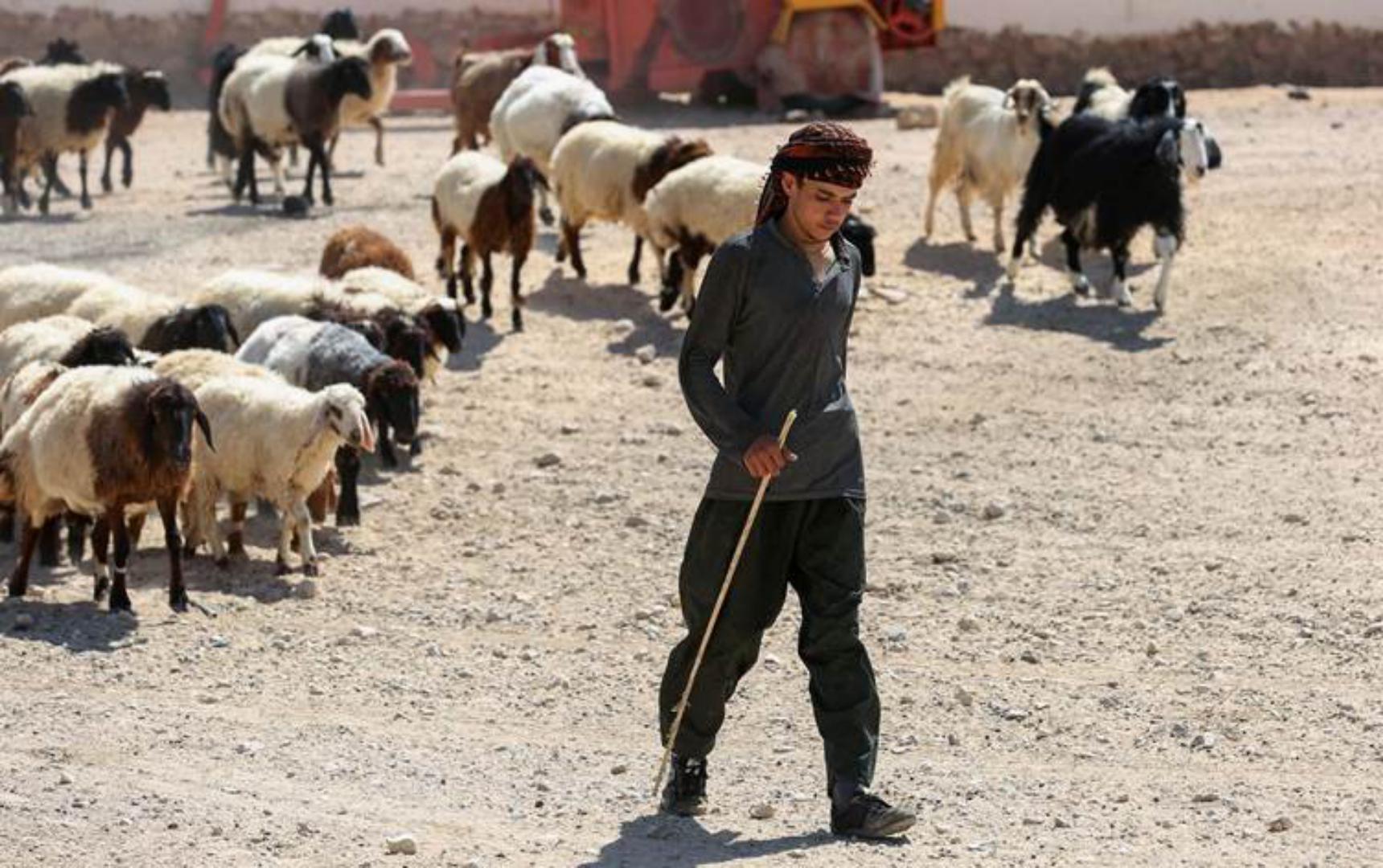 Qatri Kahlane al-Obeidi, a municipal official in the nearest town, Al-Baghdadi, acknowledged there was a "lack of public services in the village".

He made vague pledges of projects to connect Al-Sahl to the electricity network and to a water purification plant, and appealed to aid groups and international organizations to help build a health center.

He recalled that an ill resident died on the way to hospital in August.

"It's not easy to take them (to medical assistance), particularly at night," Abu Majid said sadly. "If someone gets sick, they die."

Pregnant women from the village must be taken to the town several days before their due date.

Yet even the pandemic seems to have passed Al-Sahl by.

"The coronavirus hasn't reached our village," Abu Majid claimed. "Nobody is vaccinated."