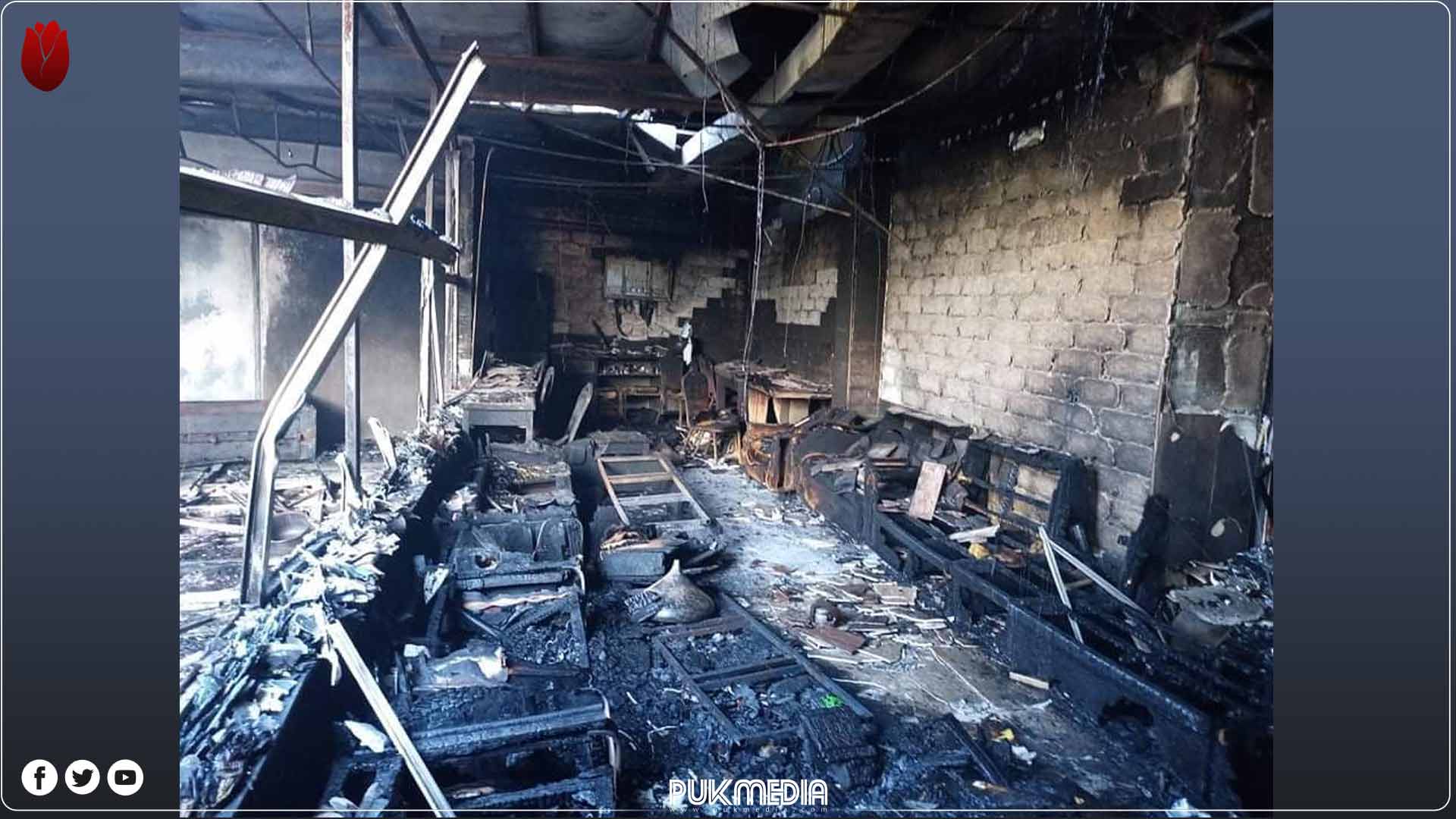 A fire broke out in a hotel in Erbil, killing two women workers who were from western Kurdistan.

Sarbaz Muhammed, a PUKmedia reporter in Erbil, said that the fire broke out on the first floor of the Farid Hotel in Erbil, which is on 30m Street, in consequence, it killed two women who worked in the hotel.

"Civil defense teams arrived at the scene and rescued those who were in the hotel and extinguished the fire," he added.

Muhammad reported that the cause of the fire is not known at this time, but it caused huge material damages to the lower part of the hotel.