UN calls for the implementation of the Yazidi survivors law 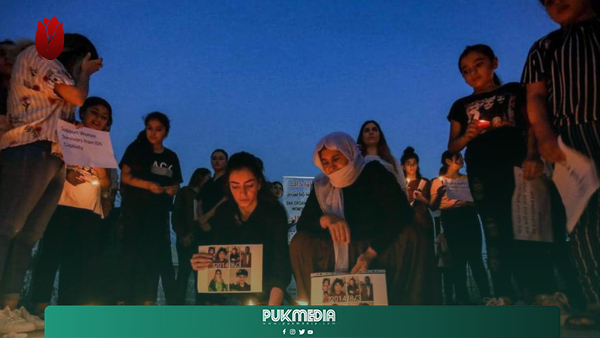 The United Nations Assistance Mission for Iraq (UNAMI) on Saturday affirmed its commitment to eliminate sexual violence in conflict situations.

On the occasion of the International Day for the Elimination of Sexual Violence in Conflict Zones, a statement by the Deputy Special Representative of the Secretary-General of the United Nations in Iraq (DSRSG), Ingibjörg Sólrún Gísladóttir,  said:

"Today, the United Nations Assistance Mission for Iraq (UNAMI) reaffirms its commitment to the elimination of sexual violence in conflict.

The enactment of the Yazidi Survivors Law in March this year was a major step in addressing the needs of survivors of atrocities committed by the so-called Islamic State of Iraq and the Levant (ISIL). The law provides for reparations, care for survivors and their rehabilitation into society. The full implementation of the law is essential. Survivors should be enabled to access all relevant benefits contained in the law.

I encourage the Iraqi authorities to redouble efforts to ensure perpetrators are held accountable for these atrocious crimes, and to ensure that sufficient resources, including financial and human resources, are made available to meet the needs of all survivors of conflict-related sexual violence.

As we commemorate this important day, we honor the victims and survivors of sexual violence, and pay tribute to those working towards prevention and accountability."

When was the law passed in Parliament

The Iraqi Parliament passed the Yazidi Female Survivors Law, which was proposed by the Iraqi President, on March 1, 2021, legally recognizing ISIS crimes against Iraq’s Yazidi community as genocide and mandating reparations for Yazidi women survivors. Importantly, the law also recognizes conflict-related sexual violence and its particular usage by ISIS against Yazidi women. However the law has still not entered into force.

Meanwhile, MP from the Patriotic Union of Kurdistan (PUK) bloc in Iraqi Parliament, Hussein Narmo, said in a statement to PUKmedia on Saturday that the Survivors Law has been legislated and approved by the Iraqi President of the Republic.

"It provides for the formation of a general directorate for Yazidi survivors' affairs," he said, noting that "about a week or more ago, a workshop was held in Erbil on issuing instructions by the ministry and how to implement the law."

MP Narmo indicated that there are dialogues with the Federal Ministry of Finance, and the Ministry of Finance has set a financial allocation to the General Directorate of Survivor Affairs, and the only thing left is the government approval to put it into force.

Background of the genocide

The ISIS attacks n the Yazidis in Iraq that began on 3 August 2014 resulted in thousands being killed: the United Nations estimates that 5,000 Yazidi men died in the massacre. Yazidi men who refused to convert to Islam were executed and dumped in mass graves; many boys were forced to become child soldiers. An estimated 7,000 Yazidi women and girls, some as young as nine, were enslaved and forcibly transferred to locations in Iraq and eastern Syria. Held in sexual slavery, survivors reported being repeatedly sold, gifted, or passed around among ISIS fighters.

ISIS gained full control of one-third of Iraq till 2017 when Iraq announced regaining full control of the provinces of Nineveh, Anbar, and Saladin and parts of Kirkuk and Diyala. The terrorists lost their last stronghold in Syria in 2019.

It is noteworthy that the International Day for the Elimination of Sexual Violence in Conflict is a crucial event observed on 19 June, which is meant to raise awareness on the urgent need to prevent and combat the heinous incidents of sexual violence in conflict zones.