Who are PUK's new leaders? 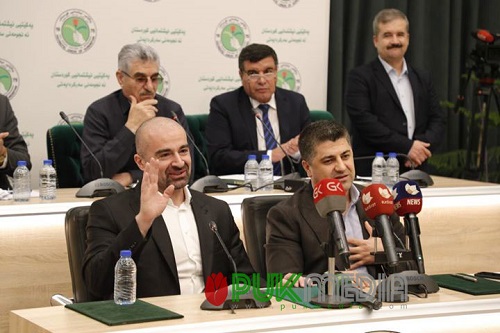 Who are PUK's new leaders?

The PUK's has elected two young new leaders and started its new era of political and party activities.

The Leadership Council of the Patriotic Union of Kurdistan in a meeting on Febuary 18, approved all 77 article of the PUK internal system and elected both Lahur Sheikh Jangi and Bafel Talabani as the party's co-leaders.

Both Sheikh Jangi and Talabni stressed that they will move forward by President Mam Jalal's approach and strive to restore the Patriotic Union of Kurdistan to its former place.

Lahur Sheikh Jangi said that "we are continuing with the approach of President Mam Jalal," stressing that "the Patriotic Union has gone through many difficulties and the task of the co-leaders will be reconciliation between the Patriotic Union and the masses."

For his part, Bafel Talabani stressed to move forward in serving the people of Kurdistan, saying: "We will restore the Patriotic Union as it was in the era of President Mam Jalal."

"We will be trusted by all members of the Patriotic Union of Kurdistan," Talabani said.

What to know about the co-leaders? 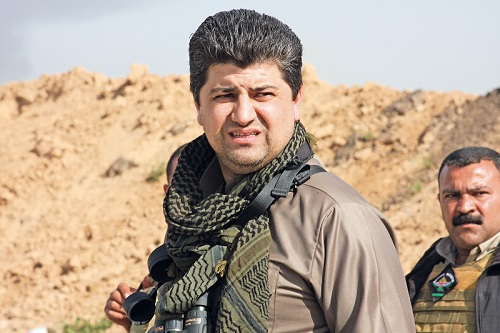 Sheikh jangi attended primary school in Haladin district, but due to the bombardment of their school his studies were interrupted for a period, later on his family fled to Iran, and he continued his studies in Urmia city of Iran, and early in the 90s he went to Britain and finished his studies there.

Shex janggi was close to the Late President Mam Jalal, he accompanied him in most of the international forums and meetings, as well as meeting with foreign delegations. From 1999 to 2002 he worked as Deputy Representative of the Patriotic Union of Kurdistan in Turkey, and after his return to Kurdistan he stayed close to President Mam Jalal.

After his return to Kurdistan, Lahur was in close contact and cooperated with US forces in Iraq in their operation to eliminate Baathist Regime and fight terror groups, later on with the rise of Jund Al-Islam terrorist group in Kurdistan Region, his relations become stronger with US forces, and he played a major role in liberating Iraq and controlling Kikuk governorate with the Help US and Peshmarga forces.

In 2003, supported by late President Mam Jalal and US coalition forces, to further increase the security of Kurdistan region, together with Bafel Talabani they founded the Counter Terrorism Group ‘CTG’, on of the two intelligence agencies in Kurdistan.

On Feb 18, 2019, Lahur Sheikh Jangi and Bafel Talabani by the majority of votes were elected as PUK co-leaders. 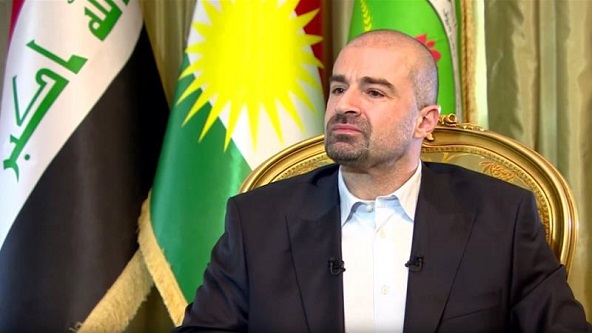 He is married to Lava, daughter of the PUK’s Supreme Political Council member, Mala Bakhtyar, he has two children, Layla and Koban, other secrets of his personal life are a mystery to most, since he rarely appears on TVs and public places.

Prior to coming back to Kurdistan region, Bafel studied Political Strategies in UK and USA, at first, he came back as an interpreter with the Americans to Kurdistan region, later on with his cousin, Lahur Sheikh Jangi, together they founded Counter Terrorism Group ‘CTG’ in 2003.

On Feb 18, 2019, Bafel Talabani along with his cousin, Lahur Sheikh Jangi, by the majority of votes were elected as PUK co-leaders.