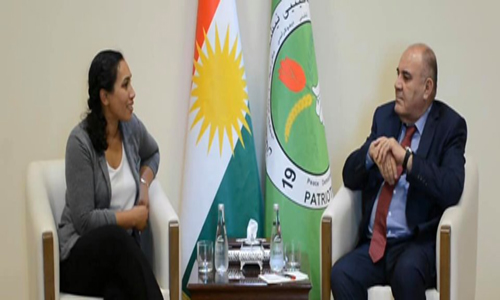 During the meeting, they discussed the political situation in Iraq and Kurdistan, especially the situation of the province after the elections of the Kurdistan Parliament and how to form a new government in the region.

During the meeting, Saadi praised the important role of the US consulate in the past period and its strong support in strengthening the performance of government institutions, enhancing political relations and pushing the political process towards stability.

For their part, members of the delegation reiterated the support of the United States for the region, stressing that Washington and within the framework of the International Alliance continues to provide support and support for the security forces in Iraq and the Peshmerga forces in the war against terrorism, pointing out that they wish unity between the ranks and political parties in the region.