Barham Salih, the ninth president of the Republic of Iraq 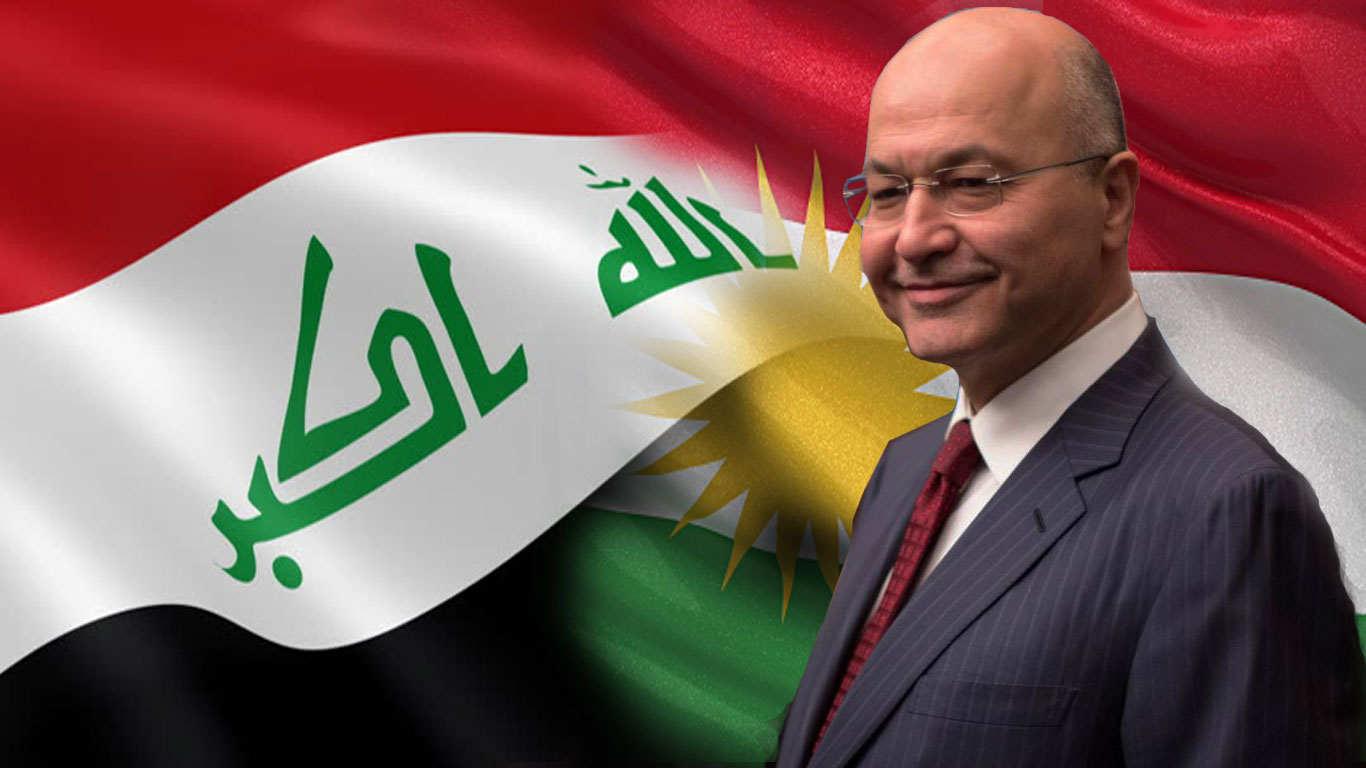 Barham Ahmed Salih serves as the 9th President of Iraq and as the 3rd Kurdish President of Iraq, and he was born on September 12th of 1960 in the city of Sulaymaniyah. He is the current president of Iraq that has been chosen for that position on September 2nd of 2018 by the Iraqi parliamentary council members.  He has taken many significant positions in Kurdistan Regional government such as being the former prime minister of the Kurdistan Regional Government of Iraqi Kurdistan and the former deputy prime minister of the Iraqi federal government.

He comes from a revolutionist Kurdish family and his father was a lawyer in Sulaymaniyah city and had joined Kurdish political party's side as a revolutionist. Barham Salih's political life has started in the late 1970s. He has joined the Kurdistan Liberty organization in 1976, and he had taken the responsibility of the organization of Kurdistan liberty as a press officer.  Later, he left this Organization and joined Ranjdaran Groups of Kurdistan and He has formally been connected with Patriotic Union of Kurdistan.

He has been arrested by baathist security forces in 1979 because of his political movements, and then he was sent to Kirkuk.  He was put under the rudest investigation during his detention. However, he had not revealed any information about his works and movements for Bath's party then he has been released.  He left Kurdistan to Britain for completing his education, and he studied civil engineering department in Cardiff university of Britain and graduated in 1983. After that, he completed the computer and statistics application science in Liverpool University along with getting PHD degrees in 1987 at the same university.

According to PUK's encyclopedia, he had an effort as the British Group Company’s adviser then he had been employed with a major construction company in high way field.

He became a member of the PUK department of Europe and was in charge of PUK foreign relations in London. He was elected a member of the PUK leadership at the first party conference when Iraqi Kurdistan was liberated from the Ba'ath Party following the first Gulf War in 1990. He was assigned with the task of heading the PUK Office in the United States. After the fall of the baathist regime in 2003, he became Deputy Prime Minister in the Interim Iraqi Government (in mid-2004), Minister of Planning in the Transitional Government (in 2005), and Deputy Prime Minister in the elected Iraqi Government (Nouri al-Maliki’s Cabinet) in charge of the economic portfolio and Head of the Economic Committee. Representing the Iraqi Government, he launched the International Compact with Iraq – an initiative of mutual commitment between Iraq and the international community to help Iraq in meeting its obligations of “building a prosperous, democratic and federal country, in peace with itself and with the region and the world”.

Barham Salih spearheaded the Kurdistani List in the Iraqi Kurdistan legislative election, 2009. The list won 59 of 111 seats, and he became the prime minister of Kurdistan regional government. He has found the American University of Iraq, Sulaimani in 2007, this University has grown into a leading institution for higher education in Iraq and its Kurdistan region. He is married to Dr. Sarbagh Salih, the head and founding member of the Kurdish Botanical Foundation and a women's rights activist. Doctor Barham Ahmed Salih has been elected as the deputy of the general secretary of PUK with Kosrat Rasul Ali by Mam Jalal Talabani in 2010.

Barham Salih has been nominated as the Patriotic Union of Kurdistan (PUK)’s sole candidate for the Iraq presidency on September 19th of 2018. He has been elected as the president of Iraqi federal government on October 2nd of 2018. He has got the majority of the votes in Iraqi parliament's council among 24 candidates for that position with two round sessions.