PUK Delegation Participates in Meeting of Socialist International in Geneva 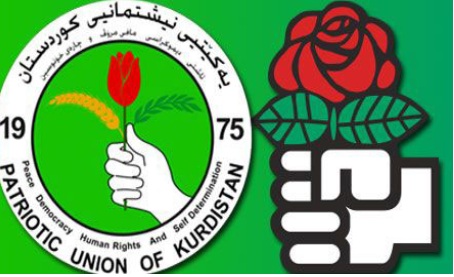 PUK Delegation Participates in Meeting of Socialist International in Geneva

On Saturday, December 13th, the Socialist International Organization held its regular council meeting in the Swiss city of Geneva.

The meeting, held in attendance of the PUK Representative which is the permanent member of the organization and other Kurdish parties, was focused on the situation of the refugees worldwide and their consequences. Currently, all parts of Kurdistan, particularly Kurdistan Region, have much proportion of refugees whose life is in jeopardy.

This is first of its kind that the organization’s meeting hosted a great number of Kurds who in addition to PUK, representatives of Iraq’s KDP, Hemin Hawrami, PYD, Salih Muhsin, Syrian Kurdistan Union Party, Aziz Osman and Iran’s Democratic Party, Khalidy Aziziz were also present.

In a speech, Sadi Ahmed Pire briefed the attendees about the challenges of the refugees in the Kurdistan Region and comprehensively talked about their problems, emphasizing that the key solution to their miseries was not only humanitarian aid, but a political solution to the region is also needed for overcoming the problems of the refugees.

Later, the chairman of the UNHCR gave a speech in which discussing the danger of displacement and being refugees humanitarianly.

On the sideline of the meeting, the members of the Kurdish parties held a separate meeting in which they handed the chairman a draft decision requesting the international community to assist the Kurds politically and humanitarianly, particularly the Kurdistan Region that is in a wide war against ISIS. In order for the peace loving forces worldwide to succeed, supporting the Peshmerga and other similar fighters was an urgent need.
http://www.pukpb.org
PUKmedia