ISIL currency is unacknowledged in Anbar 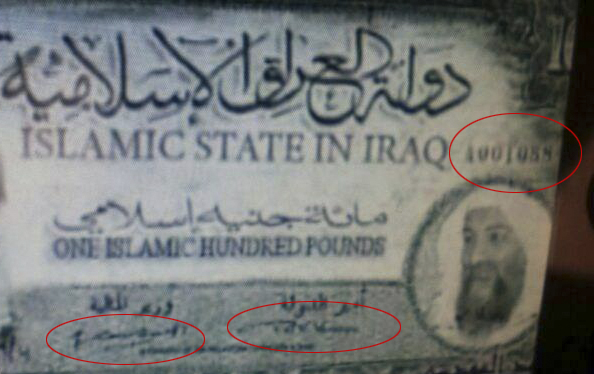 ISIL currency is unacknowledged in Anbar

Hameed al-Hais an Official in Anbar province, stressed that the recently spread currency launched by the terrorist Islamic State of Iraq and Levant (ISIL) is unacknowledged in Anbar, adding that anyone who carries the ISIL currency shall be treated as an ISIL member.
The 100-guinea note bore the likeness of former Al Qaida chief Osama bin Laden on one side, and the two World Trade Centre towers attacked by the group on September 11, 2001 on the other.
Al-Hais also called on the residents of Anbar Province to cooperate with the Iraq security forces in their fight against the terrorists of al-Qaida in Anbar.
Reported by Azad Ahmed
PUKmedia