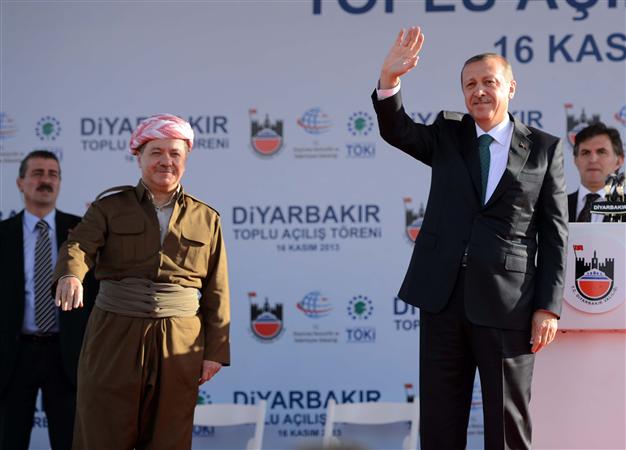 The President of Kurdish Regional Masoud Barzani has offered his full support to the Turkish government’s peace bid, that came during his speech to the people of Diyarbakir in his historical visit.
“My request from my Kurdish and Turkish brothers is to support the peace project. I want to tell them that we support the peace process with all our force,” Barzani told the crowd during his first official visit to Diyarbakir. The Turkish Hurriyet Daily News reported.
“The time in the Middle East for living together has come. We can carry our people to happier days if we follow the methods of living together. Wars have been tried. The days when the blood of a young Turkish man was spilled by a Kurdish youth or the blood of a young Kurdish man was spilled by a Turkish youth are over,” Barzani said.
Barazani finished his speech with a few words in Turkish. “Long live Turkish and Kurdish brotherhood. Long live peace. Long live freedom,” he said.
The President Masoud Barazani had arrived today's morning to Diyarbakir after he had received an official invitation by the Turkish Prime Minister Recep Tayyip Erdogan, the visit shall contain a meeting to discuss the Peace process between Turkey and the Kurdish Workers Party (PKK).
PUKmedia