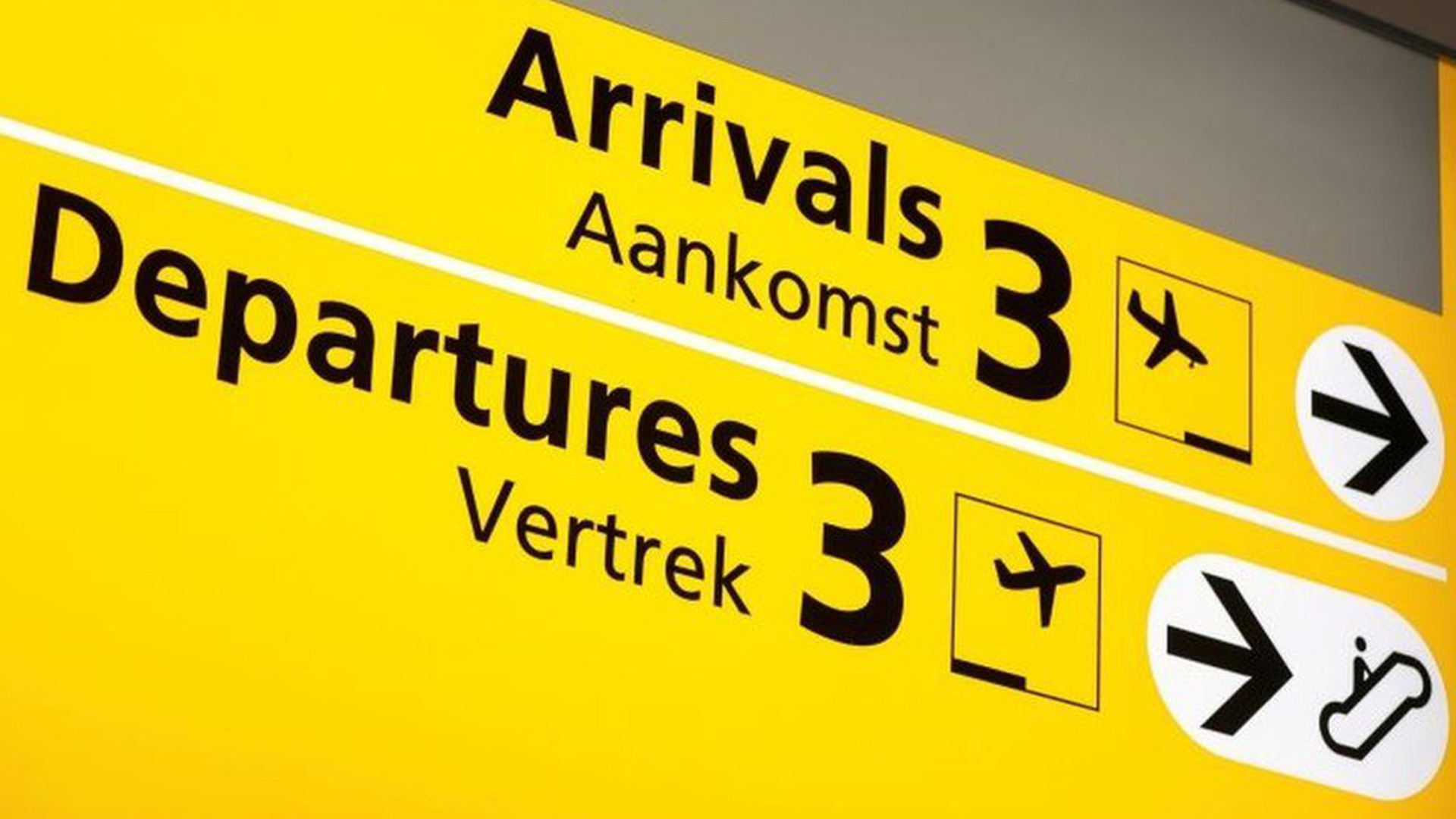 Dutch police say they have detained a couple who escaped from a Covid-quarantine hotel.

The arrests were made on a plane in Amsterdam's Schiphol airport just before it departed to Spain on Sunday.

The Spanish man and Portuguese woman were later handed over to the country's health service, local media reported.

It comes after 13 people who arrived in Amsterdam on two flights from South Africa last week tested positive for the new coronavirus variant.

They are among 61 passengers who tested positive for Covid.

It is not known whether the detained couple were among those passengers.

Local media are reporting that they managed to flee a quarantine hotel in the north-western Kennemerland region, where travellers from South Africa are currently in self-isolation.

An extended partial lockdown came into force on Sunday morning across the Netherlands, amid record Covid cases and concerns over the new variant.

Bars, restaurants and shops - whose opening hours have already been restricted for several weeks - are required to close earlier than before, and there is a limit on the number of guests allowed in homes.

People are also being encouraged to work from home where possible, but nurseries, schools and universities across the country remain open.

Thousands of people protested after the measures were announced earlier this month.

The Netherlands has had nearly 20,000 confirmed Covid-related deaths since the pandemic started. But data shows the country has recorded 1,124 deaths per million of its population, one of the lowest numbers in western Europe.

Omicron was first reported to the World Health Organization (WHO) by South Africa on Wednesday, and early evidence suggests it has a higher re-infection risk. It has been categorised by the WHO as a "variant of concern".