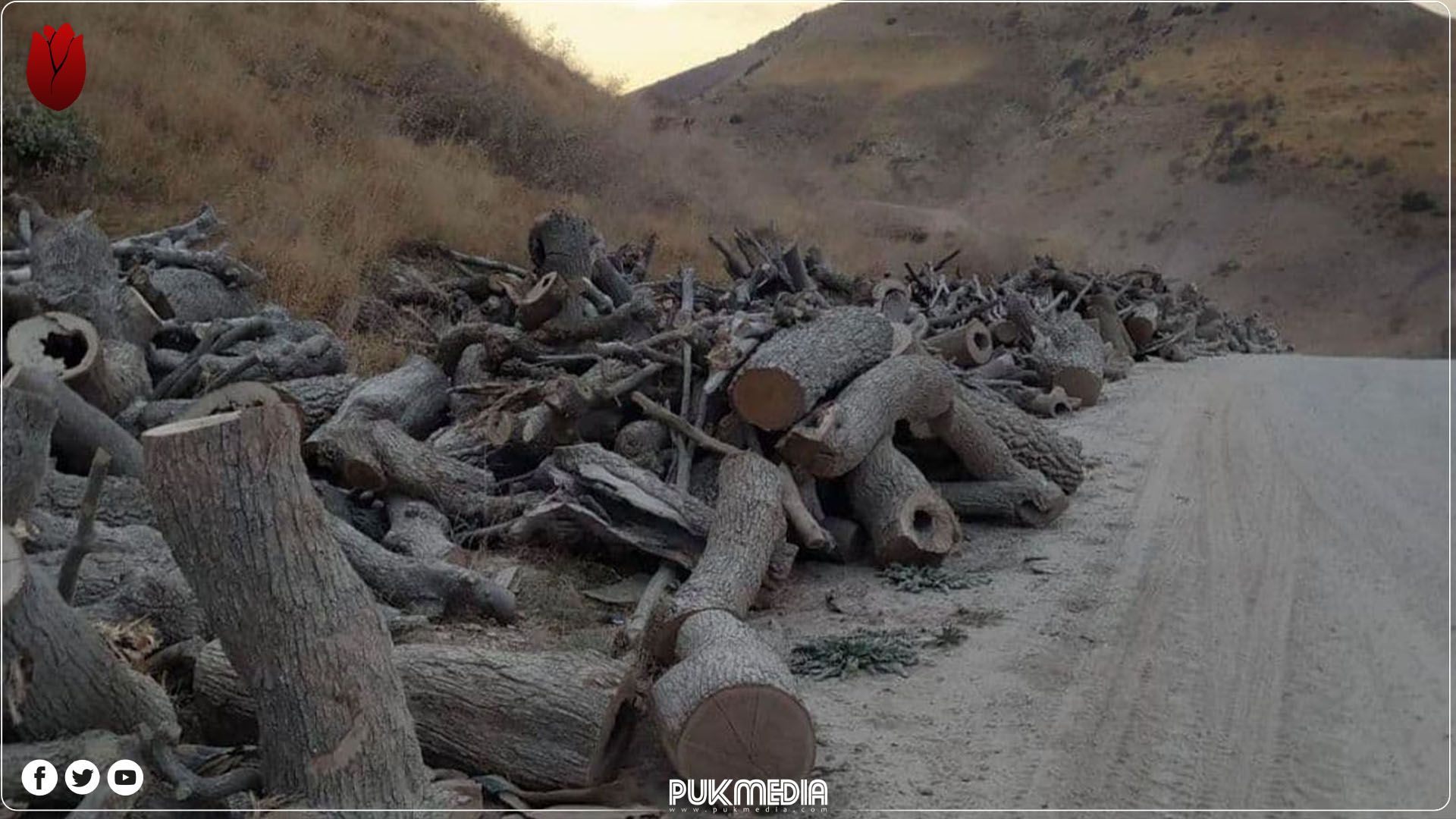 On Monday, the Turkish army cut down trees in the borders of Barwari Bala village and burned the forests in the Duhok Governorate.

MP Revnk Haruri told PUKmedia that the Turkish army began cutting down and burning trees in the Kurdish mountains and villages of the Haruri district, Kista, and Nazdori in the Barwari Bala Village.

Haruri continued that he officially informed KRG and Duhok Governorate of the Turkish violations and sabotage.

It is noteworthy that the Barwari Bala is a border area and has a beautiful nature consisting of many forests, but after the Turkish attacks on that area, their army began destroying the forests.