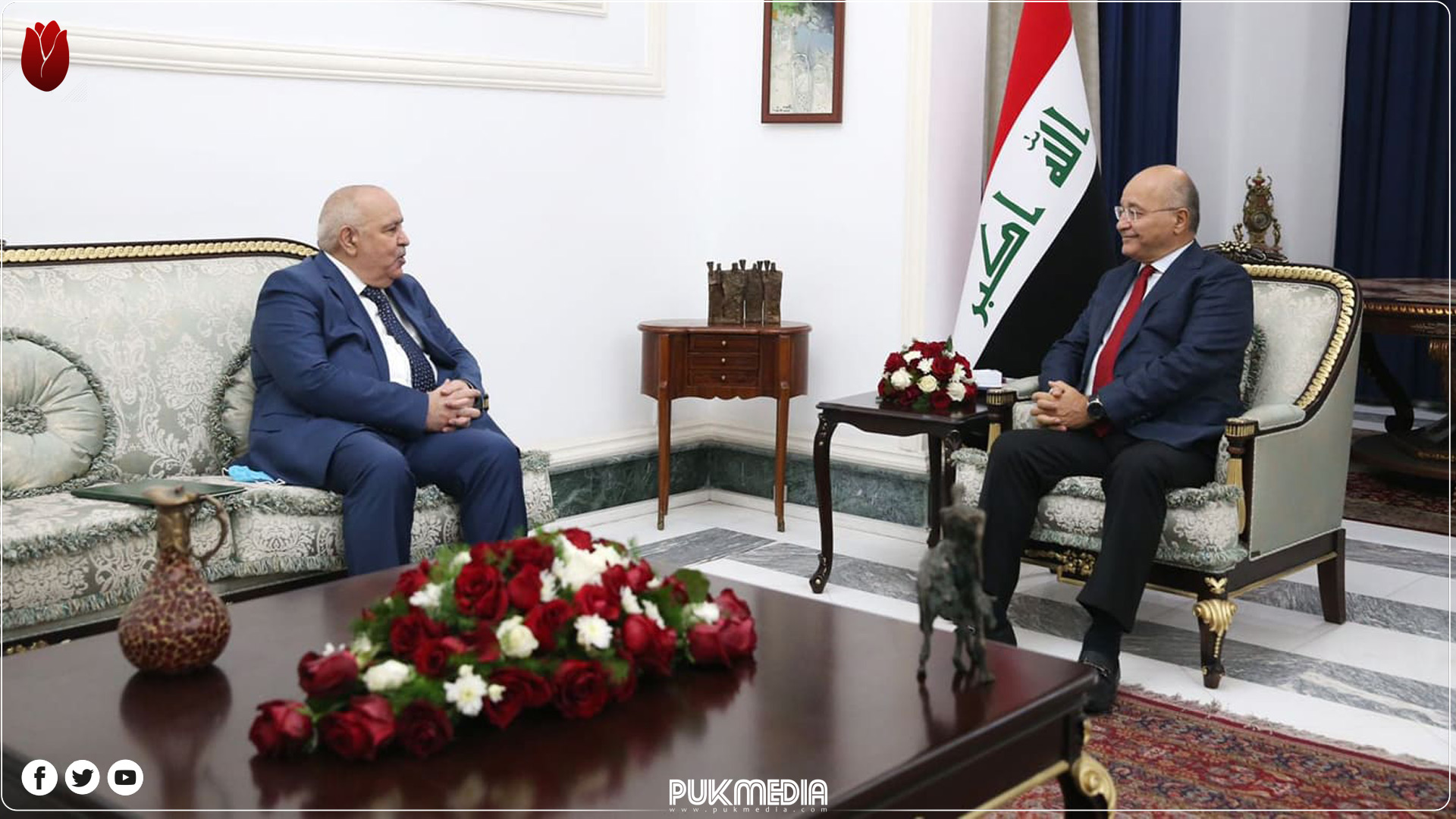 On Monday, the President of the Republic of Iraq, Barham Salih met with the Algerian ambassador to Iraq, Mr. Abdelqader Bin Shaa on the occasion of the end of his tasks. The meeting was held at al-Salam Palace in Baghdad.

Iraqi- Algerian ties were discussed during the meeting, and how to promote these across all sectors, and Iraqi President Salih and the Algerian Ambassador agreed to put into operation the High joint committee to serve both nations' ties.

Discussion at the meeting emphasized politics–related matters in Arab and regional situations as well as on the issues of common concern.
Tensions in the region should be alleviated while lingering issues should be resolved through having further dialogue, President Salih said.

Furthermore, Arab and regional states have to work together towards putting an end to the crisis in Syria, Yemen, and Libya, thereby promoting regional security and stability, he added, and humanitarian tragedy that has been enforced on the people of these states should be halted.

Mr. President commended the efforts made by the Algerian Ambassador during his tenure in Iraq to promote the relations between the two countries, wishing him every success in his future tasks.

Mr. Abdelqader, in turn, expressed gratitude and appreciation to President Salih for reinforcing the Iraqi role at the Arab, regional and international forums.

Moreover, he stated that Algeria is still committed to standing beside Iraq and supporting its efforts to promote security and stability in the country.