Bafel Talabani: The current situation requires the Kurds to unite 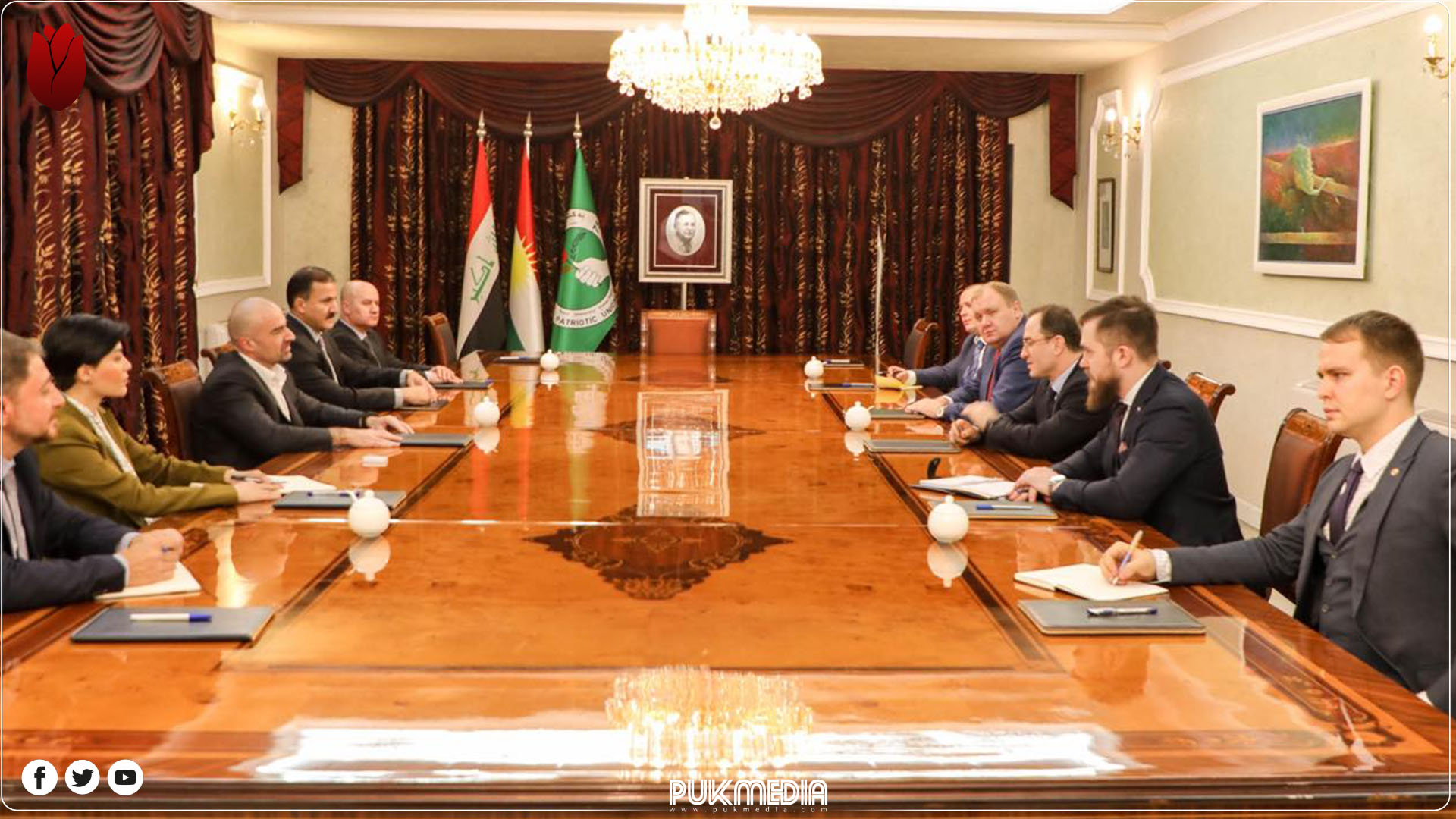 Bafel Talabani, co-president of the Patriotic Union of Kurdistan (PUK), welcomed  Elbrus Kutrashev, Russia's ambassador to Iraq, and Oleg Levin, Russia's consul-general in the Kurdistan Region at the PUK's main headquarters in Dabashan.

The meeting discussed the post-election political developments, the relationship between the political parties, and the role of the Kurds in the upcoming Iraqi government. Both sides agreed to provide a suitable environment for understanding and reaching a peaceful solution to the problems and finding a suitable mechanism for the rapprochement of the parties to achieve political and economic stability in the country.

In another aspect of the meeting, Bafel Talabani explained that "the current situation requires the Kurds to reorganize their house and have one united speech for Baghdad and in this regard, the PUK  will take the initiative and will cooperate to maintain our national identity and fight for our rights within the framework of the constitution," describing this step as serving the higher goals of the Kurdish people.

The co-president also pointed out that local and regional changes encourage us to put our differences aside and work with a strong will to ensure real reform and more service, and to let official institutions carry out their duties.

Regarding the issue of the west of Kurdistan (north and east Syria), Bafel Talabani emphasized political support and stability, and considered dialogue and political solutions to the problems as factors of peace and security in the region, and called on Russia to support and cooperate more in this regard.