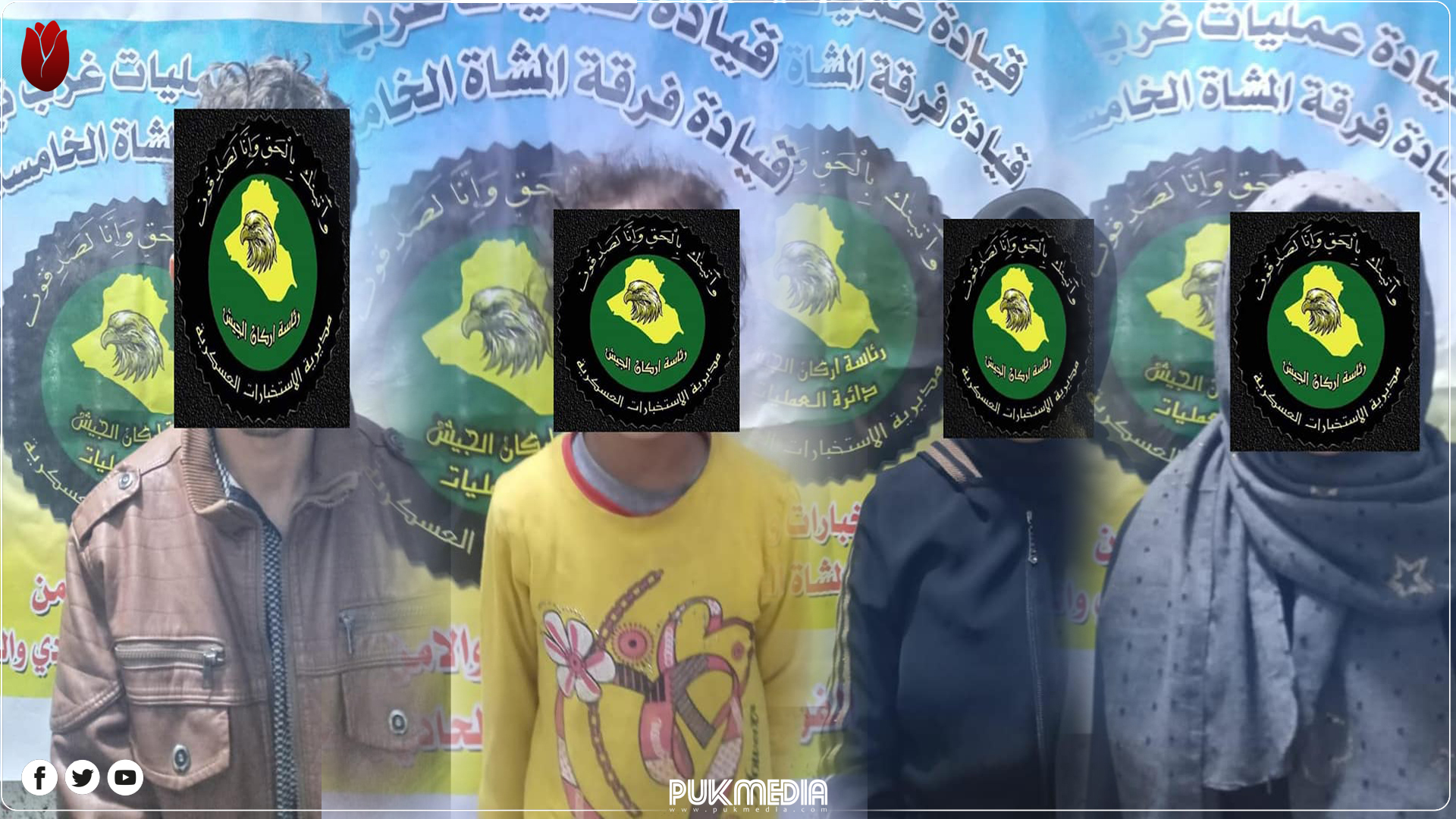 On Saturday, the Iraqi Directorate of General Military Intelligence (DGMI) announced the arrest of an ISIS family west of Nineveh while crossing the border with Syria.

"According to accurate intelligence information, which confirmed the presence of several people moving near the border with Syria and trying to cross the Iraqi border towards the village of Al-Naim in the Rabia district," DGMI stated.

"In cooperation with a ground force, we ambushed and arrested them in the village as soon as they crossed the border," the directorate added.

DGMI explained that the family are Iraqi ISIS members, consisting of 7 people, including women, children, and a man, and are from Anbar.