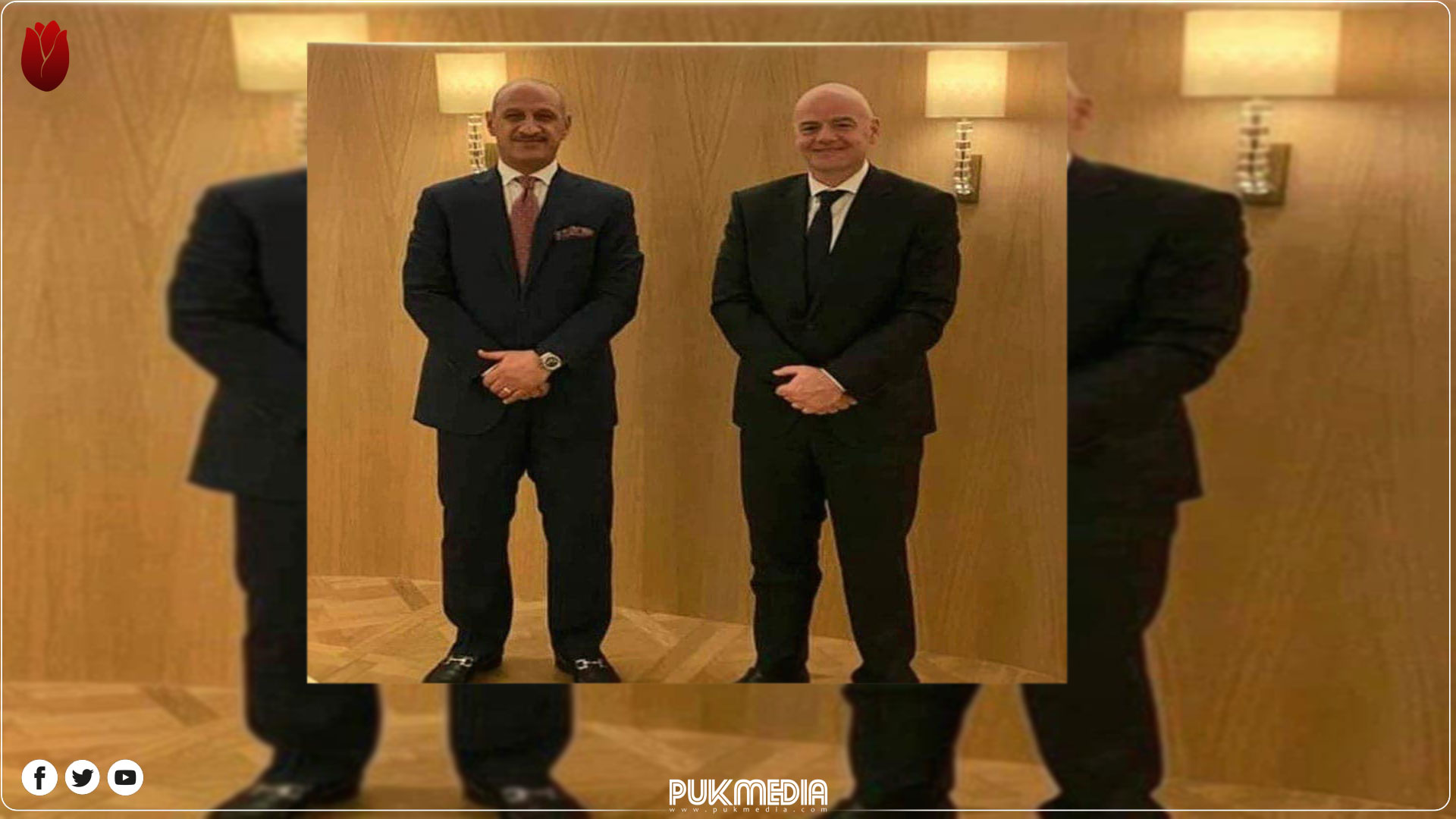 Iraq's Minister of Youth and Sports in the Federal Government, Adnan Darjal, held an important meeting on Friday with the President of FIFA, Gianni Infantino, to discuss lifting the ban on Iraqi stadiums and hosting official matches on Iraqi stadiums.

The Ministry of Youth said in a statement that the meeting with the President of FIFA came to resolve the file of Iraq hosting international matches on its soil and lifting the ban on Iraqi stadiums, as well as an official invitation to visit Basra at the time chosen by the FIFA President.

He also offered the FIFA President an explanation A report on the stadiums and modern sports infrastructure in Iraq and the desire of the sports fans for the presence of Infantino in Basra.

FIFA had recently lifted a ban on international football friendlies in Iraqi stadiums, permitting matches in Baghdad for the first time since the 2003 US-led invasion, an Iraqi football official said.

FIFA banned Iraq from holding any international fixtures after a September 2, 2011 World Cup qualifier against Jordan due to the poor administration and organization surrounding it.

In particular, the match was delayed for 10 minutes because of a power cut, and the stadium appeared to have significantly more spectators than its capacity of 12,400.

Baghdad has also not held any internationally-sanctioned football friendlies since the 2003 invasion, though in 2009, the Iraqi national team faced off against a squad representing the Palestinian Territories.

Iraq’s national team currently plays its home friendlies in Qatar, but began training in Baghdad for the first time since the invasion this month.