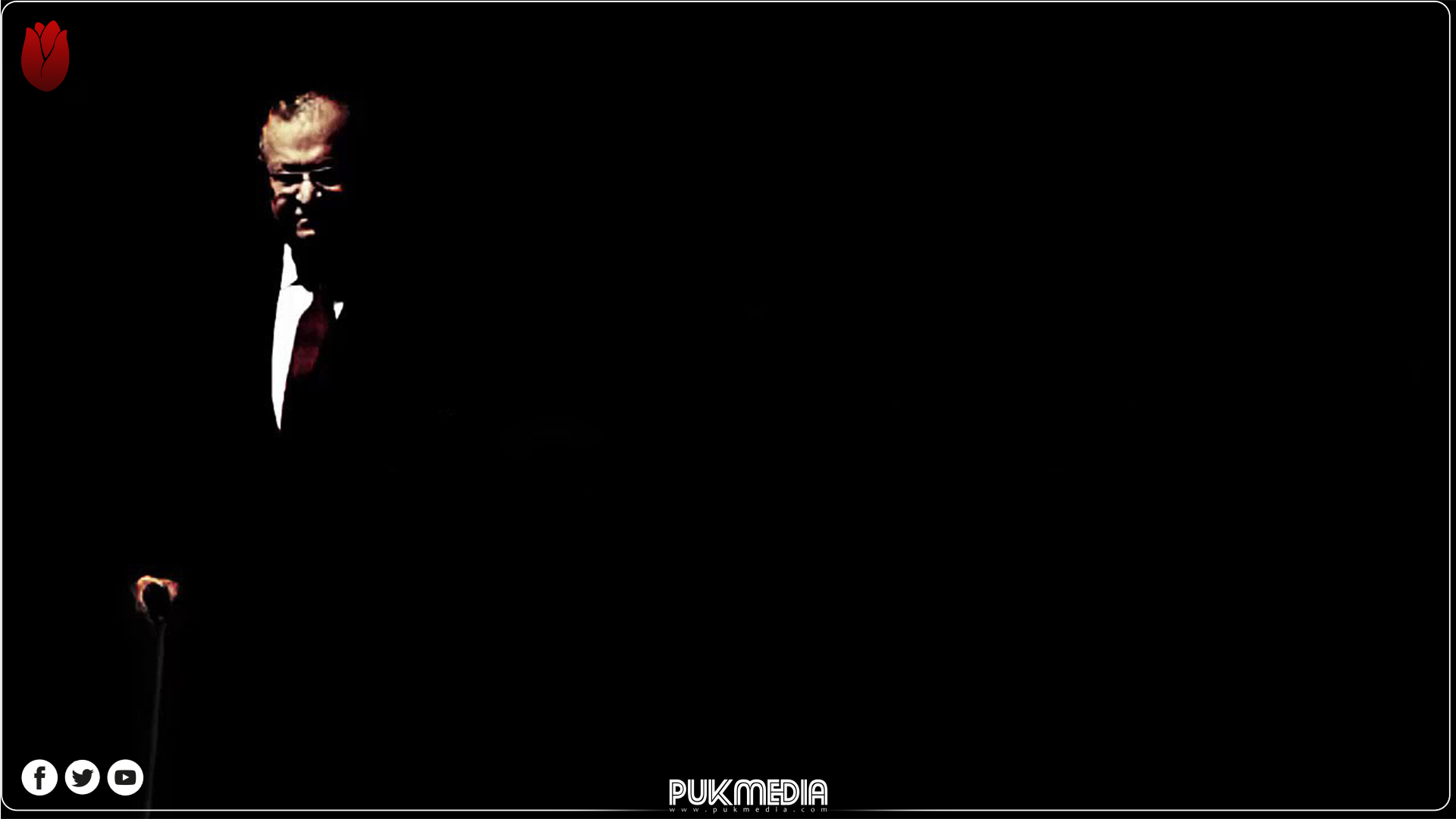 Four years ago today, a Kurdish leader, our great uncle and former Iraqi President, Jalal Talabani (Mam Jalal) passed away in hospital in Berlin, Germany at the age of 83. He was in Germany seeking health care and had reportedly slipped into a coma earlier in the day. His condition rapidly deteriorated on Tuesday, October 3, 2017, when he passed away.

Jalal Talabani was a Kurdish politician who served as the sixth President of Iraq from 2005 to 2014, as well as the President of the Governing Council of Iraq (39th Prime Minister of Iraq). He was the first non-Arab president of Iraq, although Abdul Karim Qasim was of partial Kurdish heritage. He is known as "Mam Jalal" meaning "Uncle Jalal" among Kurdish people.

Talabani is the founder and has been secretary-general of one of the main Kurdish political parties, the Patriotic Union of Kurdistan (PUK). He was a prominent member of the Interim Iraq Governing Council, which was established following the overthrow of the Saddam Hussein regime by the invasion of Iraq in 2003. Talabani has been an advocate for Kurdish rights and democracy in Iraq for more than 50 years.

Apart from his native Kurdish, Talabani is fluent in Arabic, Persian, and English.

Talabani was born in 1933 in Kelkan village in Koya-Erbil as the son of Husamuddin, a sheikh of Koya branch of the Talabani family.

The Talabani lineage has produced many leading social figures including the poet Riza Talabani, his grandson, Abd al-Karim Qasim's minister (1959-1963), and former National Democratic Party's member Hasan Talabani and Mukarram Talabani, a prominent member of the Communist party. He finished his elementary and intermediate school education in Koya (Koysanjaq) and his high school education in Erbil and Kirkuk. When he was in his teens, Talabani's peers began referring to him as "Mam" Jalal, as 'mam' meaning "uncle" in Kurdish, and the Kurds have called him by this affectionate name ever since.

In 1957, during the final year of his studies for a degree in law at Baghdad University, he was expelled because of his political activities. He completed his degree two years later.

When in September 1961, the Kurdish uprising for the rights of the Kurds in northern Iraq was declared against the Baghdad government of Abdul Karim Qassem, Talabani took charge of the Kirkuk and Slemani battlefronts and organized and led separatist movements in Mawat, Rezan, and the Qaradagh regions.

In March 1962, he led a coordinated offensive that brought about the liberation of the district of Sharbazher from Iraqi government forces. When not engaged in fighting in the early and mid-1960s, Talabani undertook numerous diplomatic missions, representing the Kurdish leadership at meetings in Europe and the Middle East.

The Kurdish separatist movement collapsed in March 1975, after Iran ended their support in exchange for a border agreement with Iraq. This agreement was the 1975 Algiers Agreement, where Iraq gave up claims to the Shatt al-Arab(Arvand Rūd) waterway and Khuzestan, which later became the basis for the Iran–Iraq War. Believing it was time to give a new direction to the Kurdish separatists and the Kurdish society, Talabani, with a group of Kurdish intellectuals and activists, founded the Kurdish Patriotic Union of Kurdistan (Yeketi Nishtimani Kurdistan).

In 1976, he began organizing an armed campaign for Kurdish independence inside Iraqi Kurdistan. During the 1980s, Talabani sided with Iran and led a Kurdish struggle from bases inside Iraq until the crackdown against Kurdish separatists from 1987 to 1988. In 1991, he helped inspire a renewed effort for Kurdish independence. He negotiated a ceasefire with the Iraqi Ba'athist government that saved the lives of many Kurds and worked closely with the United States, United Kingdom, France, and other countries to set up a haven in Iraqi Kurdistan.

In 1992 the Kurdistan Regional Government was founded. Talabani has pursued a negotiated settlement to the internecine problems plaguing the Kurdish movement, as well as the larger issue of Kurdish rights in the current regional context. He works closely with other Kurdish politicians as well as the rest of the Iraqi opposition factions.

Talabani was a member of the Iraqi Governing Council that negotiated the Transitional Administrative Law (TAL), Iraq's interim constitution. The TAL governed all politics in Iraq and the process of writing and adopting the final constitution.

Talabani was elected President of Iraq on April 6, 2005, by the Iraqi National Assembly and sworn into office the following day. On April 22, 2006, Talabani began his second term as President of Iraq, becoming the first President elected under the country's new constitution. His office was part of the Presidency Council of Iraq.

Jalal Talabani is married to Hero Ibrahim Ahmed, daughter of Ibrahim Ahmed, a lieutenant of Mullah Mustafa. His youngest son, Qubad, is the deputy Prime Minister of the Kurdistan Regional Government in Erbil.

On 18 December 2012 Talabani suffered a stroke and was in intensive care in Baghdad, where his condition eventually stabilized after reports that he was in a coma. A statement on the President's official website said that he was being treated for blocked arteries. On 20 December, Talabani's condition had improved enough to allow travel to Germany for treatment. The head of Talabani's medical team in Iraq has been Governor Najmiddin Karim. On 19 July 2014, Jalal Talabani returned to Iraq after more than 18 months of medical treatment. He died on October 3, 2017, at the age of 83 in Germany.