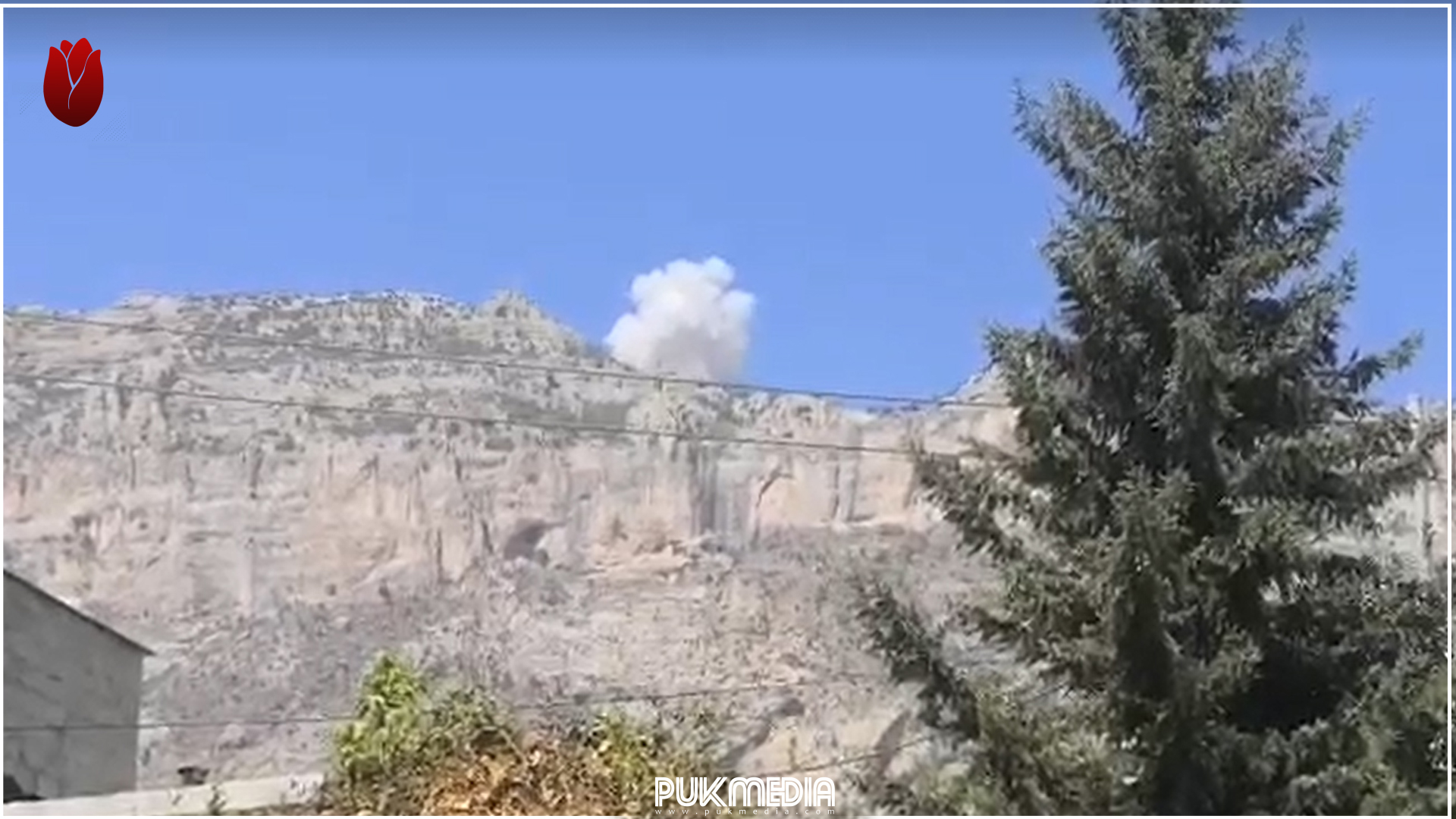 On Thursday, Turkish warplanes bombed Kurazhar mountain in the Mateen mountain range in Amedi's Shiladze sub-district, and the extent of the damage is not known yet.

Zindan Sleman, a resident of Shiladze, told PUKmedia, "today, Turkish warplanes bombed Kurazhar mountain on the pretext of the presence of PKK guerrillas in the area."

He did not know the extent of the damage caused by the bombardment due to the difficulty of accessing the mountain.

"It appears that the bombardment caused great damage to the property of citizens in the areas of Nerwa and Rekan and the villages surrounding them," Sleman added.

Turkey continuously carries out offensives of varying magnitude inside the Kurdistan Region territories, allegedly against the PKK. However, in recent years, it's begun to establish more of a sustained presence in a growing number of bases and checkpoints dotting the mountains of the Kurdistan Region despite calls from Iraqi authorities to stop these actions.

Thousands of acres of land have been burnt, many villages have been evacuated due to Turkish bombings, and even civilian casualties have fallen due to the continuous Turkish operations.

According to Al-Monitor, Arzu Yilmaz, a Middle East scholar and visiting fellow at Hamburg University reckons that there are more than 5,000 Turkish forces currently deployed in the Kurdistan Region and Bashiqa, an area under Iraqi central government control lying east of Mosul.