Turkey is exterminating the ecosystem in Kurdistan 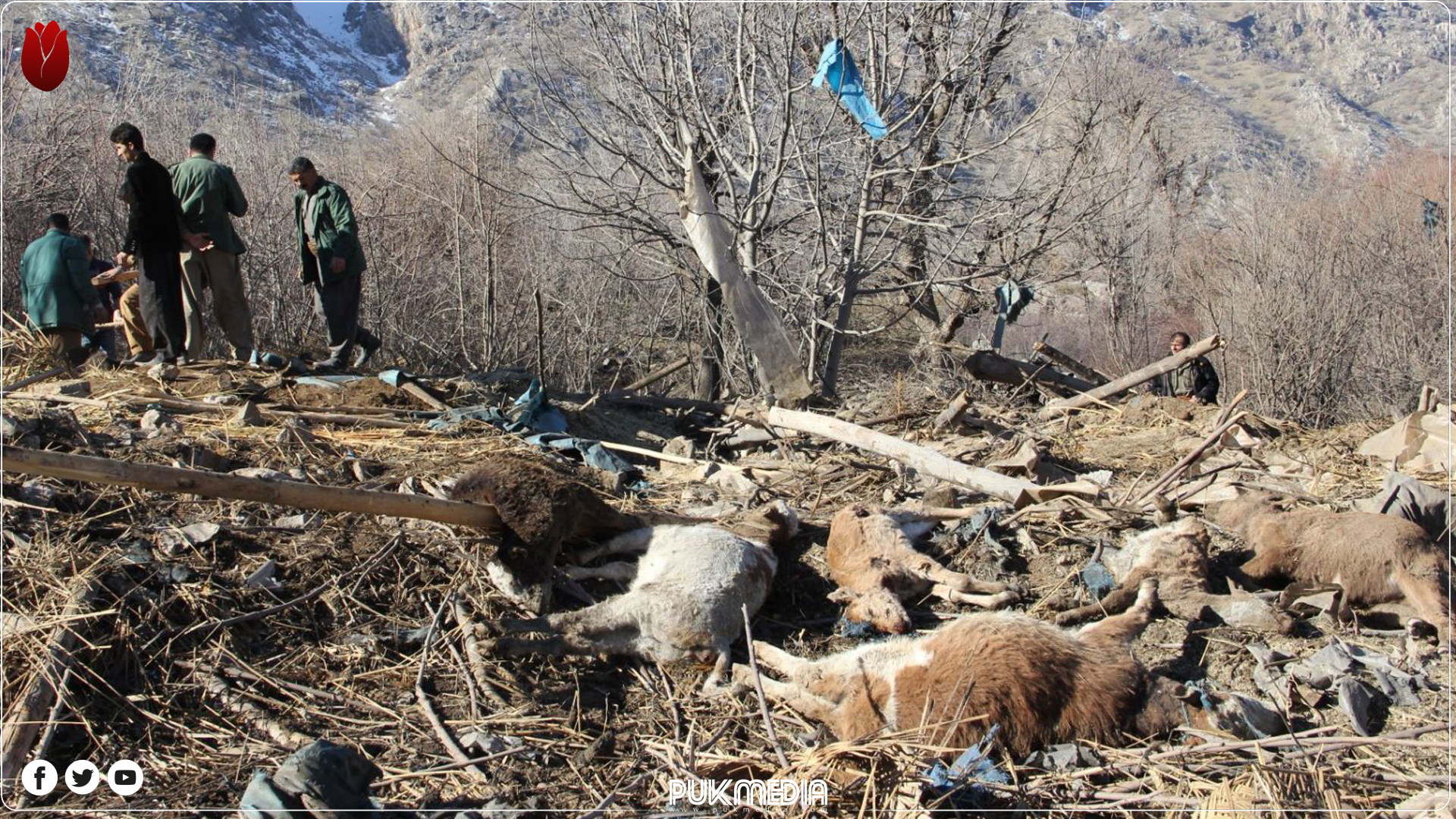 Pictures of burning natural forests, dead (killed) and bloodied cows, and scenes of dying wild boars, birds, turtles, and other species, remind us of natural fires and disasters. The fact is, these are the effects of an ecological genocide practiced by the Turkish army in Iraqi Kurdistan.

Media personnel, local residents, and fighters have documented what can be documented with their tools, the effects of a dirty war led by Turkey against both nature and man, because the areas occupied by the Turkish army or under their fire have become “forbidden” even for the local residents, and therefore local and international media can not reach them. Bombs fall over the heads of residents almost daily, whether they are at their homes or their farms and orchards in the border areas of Duhok and Erbil governorates, which led to the evacuation of large numbers of villages 40 kilometers deep inside the Iraqi border. This is the clearest picture of the war that Turkey is waging against its opponents (PKK) in Iraqi territory.

Forests, biodiversity systems, and civilian villages have become Turkish military targets, particularly since 2015 when the Turkish army increased its operations and occupied more Iraqi lands in the Kurdistan Region causing the destruction of ecosystems and unprecedented damage to plant and animal species. In addition, the civilian population in border villages has been targeted and forced to leave as their farms and livelihoods are being destroyed. According to data from the international Community Peacemaker Teams, Turkish military operations have killed 129 civilians since 2015 and wounding about 180 others in villages in the Kurdistan region of Iraq. The latest victims of this war were five civilians, including three children, and the injury of 15 people in the border villages of Duhok governorate, according to a new report by the aforementioned organization covering the effects of the military operation called (Claw-Lock) in the period from May 21 to June 21, 2022.

The pictures show the extent of the destruction caused by the Turkish war and the damage it caused to villages and natural areas that are rich in terms of agriculture, pastures, and biodiversity, and contain rare types of trees and natural forests, especially oak trees that characterize the mountains of Kurdistan. The Turkish incursion into the Iraqi territory did not stop at the random bombing and destruction of ecosystems and border villages but rather turned into a systematic environmental genocide targeting everything that is alive. The Turkish forces cut down huge numbers of trees in the occupied areas and transported them through Turkish agents and local mercenaries to the Turkish wood markets after opening three roads from Turkey deep into Iraqi territory in 2018 without the knowledge of the Iraqi authorities.

The Ministries of Agriculture of the Federal Government in Baghdad and the Kurdistan Regional Government just published a joint statement in 2021 describing the operations of cutting down Kurdistan’s trees as uncivilized and aggressive and against humanity, nature, and the environment of the region and the world.

The ecological destruction practiced by Turkey against the ecosystems in Iraqi Kurdistan indicates nothing but an environmental extermination policy. Turkey wants the complete elimination of the ecosystem and the livelihoods of local Kurdish communities whom Turkey denies their identity, as well as the existence of a land called Kurdistan. It can also be said that the goal behind sabotaging the nature of Kurdistan, which is the most important source of local water resources in Iraq during the snow melting season, is to transform green mountains characterized by a creative ecosystem into barren mountains and force the local population to leave their villages. In addition, another goal is to eliminate the natural system that is considered the most important coolant for the region, due to its large vegetation cover, not to mention that it is the only natural protector of biodiversity in light of the unprecedented rise in temperatures in the history of the region and the world.

It is noteworthy that the mountains of Kurdistan are a rich habitat for species of plants and animals and an important home for many types of migratory and resident birds.